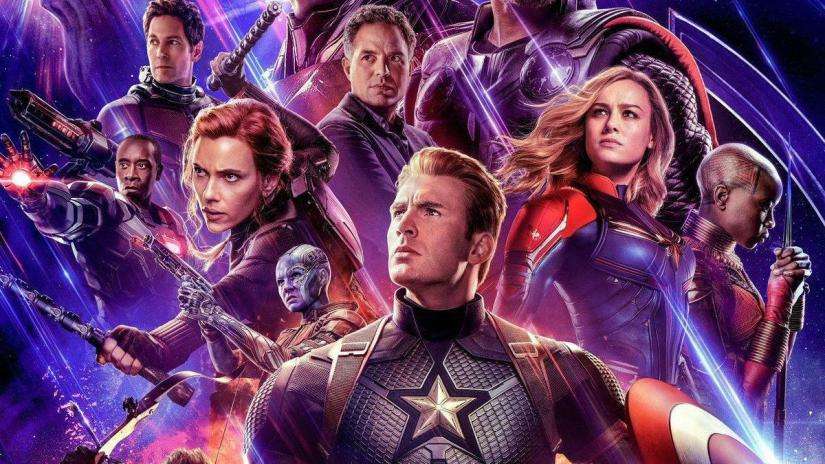 Finally, the epic assembling of the all-star cast and MARVEL great iconic superheroes is here. All united in the Avengers: Endgame and making Marvel fans around the world cry and excited at the same time. With all this excitement comes time for fans to represent their love for the 13 years of MCU by buying all sorts of cool merchandise. Moreover, what a better way to do that then to buy a cool Avengers jackets. With each of the superheroes having their unique signature look and stylish super suit costume.

Here are some guide to the notable looks and jackets from of our Avengers: Endgame superheroes. Any inspired leather jacket by these would sure make an awesome impression:

The Iron Man inspired jacket is definitely something all Marvel fan should have. The main face of Avengers team and the catalyst for the Avengers. The jacket having the signature Arc Reactor design in the front .This jacket will definitely give you a boost on your confidence by channeling that infamous tony stark style. Also paying tribute to him with it.

Captain American, the Avengers teams’ great veteran, Marvel universes earth first known superhero and the founding members of the Avengers. The Captain has come a long way in his journey of fighting Thanos. If you possess the same leadership quality, sense of justice and overall naïve charming persona then this is the one would want to be, so having captain America jacket inspired theme in all you need to show off your love for the Avengers. From original design and color scheme of Captains’ suit to the iconic shield of cap that can be also used in some designs.

Our Friendly Neighborhood Spider-Man. How can anyone forget the popular face of Marvel comics? With his first appearance   in the MCUs, CAPTAIN AMERICA: CIVIL WAR. Marvel fan are all over this teenage Spiderman. Taking inspiration from the design from the civil war or Avengers infinity war (both suit made by Iron Man).The jackets can be in many combination of web pattern, color like   (red +dark gray) or (red + dark blue) and its signature spider logo on the front gives us major awesome jacket goals.

The king of Wakanda and overall badass superhero with his all black Vibranium-weave combat suit that is  something that all Marvel fans wish to have .The design of the suit is very enigmatic and definitely makes   an impression on anyone whether you a Marvel fan or not .. With its silver like tooth necklace on top and subtle texture on black on black .Making this superheroes suit an awesome inspiration for a leather jacket design.

Captain Marvel the superhero of Marvel universe/galaxy also the first female having super power to the Avengers squad. With her appearance in the final two movie of MCU Captain Marvel and Avengers Endgame, she will also be making way to future Marvel MCU movies. She is the talk of the town with her powerful aura and also adding that she is in  the club of MCUs powerful female hero alongside many others .Her suit definitely something both men and women Marvel fan can carry .With her Star force Uniform being super hero suit style. Which is also is a great guide for a leather jacket with its design and color scheme and patterns. Makes for a cool Marvel inspired clothing style.

The Scarlet Witch being in the Avengers team has played key role in many ways. Though being a side character, this lady is cool as they come. Being a miss guided villain turn superhero at that .But being Amazing not only by personality but also by cool outfit too. Carrying a single color scarlet RED leather jacket .Her style is something you want and a jacket design.

The charismatic and sometime non serious hero of the MCU , peter quill aka star lord .With his squad aka “The guardians of the galaxy “roaming around the universe and fighting , All Marvel fans known what peter quills is capable of despite his cheeky look .His style is also in another league too with his signature tanned brown leather jacket and carrying around his beloved Walkman trying to be cool and handsome guardian that probably is .Jacket like the star lord style is definitely major Marvel fan goals.

The most toughest, the most serious Avenger and  a former S.H.I.E.L.D. member .This best marksmen is someone no one wants to mess with ,having super powers or not . With his overall tough person persona and now intimating “Mohawk” hairstyle in the Avengers: Endgame .Hawkeye also has his signature jacket style .This can be a real awesome look for an Avenger inspired fan jacket.

Let us be honest, if it were not for the ant man coming out of the quantum realm we probably would not be seeing our favorite heroes come back to life. Therefore, his power do not always sound awesome and he might become sometime small but he definitely played big in the Avengers: Endgame. The Ant Man suit has well-defined design and structure with a black and red color scheme making it cool superhero costume.

Thor, the (former) king of Asgard and the god of thunder. Our favorite superhero and main lead of the Avengers team. Carrying his (now) Axe with his muscular presence and handsome face, well excluding the recent potbelly (hopefully a phase). Thor has been the big charming, naïve and enigmatic personality as well as he is at carry himself, with his flowing red cape and upper leather vest jacket, definitely a look fit for a king.

The Quantum Realm jackets, worn by the Avengers squad in the Avengers: Endgame, giving us super squad goals, if they already weren’t. With the Avenger walking in the quantum time realm wearing these jacket and looking amazing is something we never we would see as the excitement level went high seeing all the team becoming one with their clothes and not forgetting that “A” logo on the side representing the Avengers. The jacket definitely made the moment iconic. The red, black and white color scheme and diagonal stripe pattern that makes this jacket definitely to must have for a Marvel fan.

So this is a guide to Avengers jackets. Hope you got inspired to make a custom jacket of your favorite Marvel hero of Avengers: Endgame too.

How to use Google Reverse Image Search